Breaking the myths on asylum seekers

Asylum seekers have undergone incredible hardship in their native country, and make the tough decision to flee their home. In many cases, war and persecution simply leaves them displaced, giving them no choice in the matter. In desperation, they jump on a boat, and basically get the hell out of there in order to survive!

Whilst they may have suffered intolerably back home, most leave their shores with one thing in tact, hope. Hope for a new start, hope for a better life. Enter the Australian Government.

In a radical attempt to “stop the boats”, Tony Abbott and his band of not-so-merry men are forcefully intercepting these helpless people out on the high seas, and sending them to a place barely more tolerable than where they came from.

This is a purposeful attempt to break the spirits of the asylum seekers, an array of men, women and children much like you or me, but with a lot less luck on their side. The Government is not concerned about people drowning at sea. They are only worried about upholding their abbhorent policy, by any means necessary.

Australian’s are known for their “Aussie spirit” which bonds us together as a nation, and has helped us prosper both economically and on the sporting stage over the past two centuries. So how can we be expected to tolerate the actions of our leaders, as they attempt to break the spirit of others?

In this article, I will attempt to break the myths surrounding the asylum seeker debate. If enough people are educacted about the reality of the situation the majoritarian view will shift and the Government will have no politial incentive to continue these atrocious actions.

A recent Facebook thread for The Project on the clashes at Manus Island highlighted a number of misguided views, which I am hoping to correct here. If even just one person changes their outlook after reading this, then getting up at the crack of dawn to write this has been worthwhile.

Reality: Asylum seekers arriving by boat are NOT illegal. They have fled their country due to fear of persecution and are attempting to find safety. In 1951, Australia signed the UN Refugee Convention allowing asylum seekers the right to enter a country for the purposes of seeking asylum, regardless of how they arrive or whether they hold valid travel or identity documents.

Why would we want these violent people in this country they flee there country to bring violence with them.

The majority of asylum seekers are warm compassionate people who are trying to escape the violence, and are not violent themselves. But just say Australia was at war and you managed to struggle onto a boat to survive, spent weeks upon the open sea risking your life to get to another country, then you are forcefully taken somewhere else, and locked up in a windowless shed, with 500ml of water a day in blistering heat, poor medical attention, and being separated from your children. Wouldn’t you kick up a little fuss?

A lot less drownings now. A country can’t be governed to the whims of the bleeding hearts.

Drownings may be reduced but the actions of the Government are putting the well-being of thousands more asylum seekers at risk. On Manus Island, they are denied adequate clothing, privacy, soap in bathrooms and lots more basic necessities. This impacts on both the physical and mental health of these already disadvantaged people. 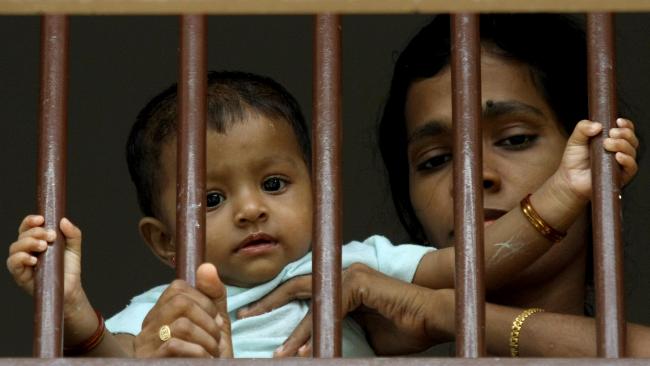 Come in the legal way and abide by our rules. I could not just arrive in their country and be allowed to do what they are doing.

As per above, it is not illegal to seek asylum by boat. Whilst the people smugglers may be breaking the law, the asylum seekers have every right to flee persecution from their country by any means possible. Refugees fleeing their country because of horrific conditions do not have time to apply for travel documents or travel through authorised channels.

You cannot tell me every one who comes on the boats are legal.

Indonesia is not at war. If they were true asylum seekers they would of settled there instead of trying to come to our shores. They are only coming here for our welfare system and a hand out.

Indonesia is not a signatory to the UN Convention on refugees. Hence they come to Australia to escape the horrors in their own country, which our country agreed to support more than 50 years ago. Most asylum seekers come here to start a new life and become business owners or take on low paid jobs that others simply don’t want. This will actually help the Australian economy.

Asylum seekers have suffered enough and deserve a break. We are known as the lucky country. Let’s not become the selfish country.