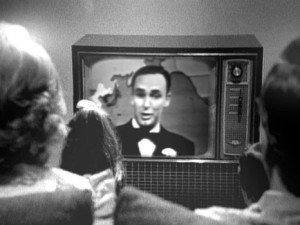 Your recent attack on our national broadcaster is nothing more than a grooming exercise, preparing the public no doubt for an attempt to cut funding to the ABC, one of the major sources of information for Australians who would like their news untouched by the Murdoch media and other news corporations pedalling a neo conservative agenda.

You stated that the ABC “appears to be taking everyone’s side but our own”. With this statement you imply that the Australian population are all on one side, that we all want the same thing. Need I remind you that millions of Australians DID NOT vote Liberal in the recent election and therefore do not subscribe to your ideology of what is best for Australia.

You may wish to remind yourself and your colleagues that Australia is a culturally, linguistically, ethnically and religiously diverse nation (one of the most diverse in the world) filled with people with an enormous range of views, ideologies, practices, beliefs and lifestyles. If I were you, I would prepare myself for the knowledge that there are more “sides” out there than you could count.

Australia has just been condemned by the United Nations for 150 violations of international law. If I am on Australia’s “side” are you suggesting I must support these illegal activities?

I am personally offended by you implying that because I am against Australia’s current treatment of asylum seekers, because I believe Australia must uphold its commitment to the Refugee Convention, because I value the United Nations Declaration of Human Rights, because I demand accountability and transparency from my government and because I have the audacity to attempt to educate and inform myself on a variety of issues, both domestic and global, from a range of sources including the ABC, that I am not on Australia’s side. I would argue the latter, that by practicing my rights as an individual to hold my own opinions and access whatever news I choose, I am living a very “Australian” life, as this is a democracy after all.

You nationalistic rhetoric is frightening and reminiscent of the lead up to horrendous violations of human rights and dignity in the world’s not too distant past, as are your attempts to quieten media outlets who dare to report the truth and challenge the actions of the government.

A free press is the cornerstone of any democracy and a democracy is the ultimate form of governance. Your attempts to erode this much valued gift (a gift that many Australian lives have been lost defending) will only be met with more resistance and far less votes in the next election.

I will leave you with a quote from a great man whose funeral you recently attended.

“For to be free is not merely to cast off one’s chains, but to live in a way that respects and enhances the freedom of others” – Nelson Mandela.

2 Responses to Hands off the ABC!